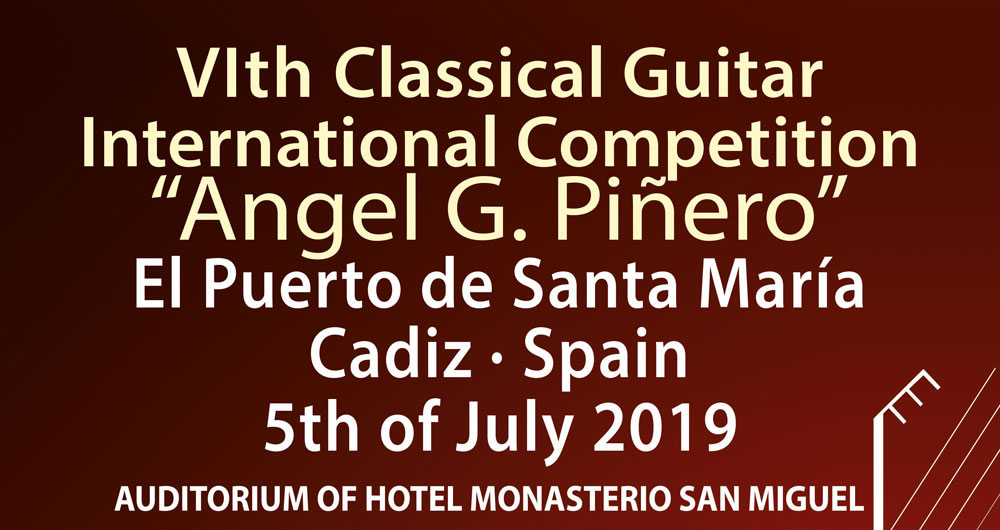 We already have the first news of the VI edition of the International Guitar Competition ‘Ángel G. Piñero’. The next July 5 will be nine young guitarists from nine countries of the world who will show their talent in the Auditorium of the Hotel Monasterio San Miguel in El Puerto de Santa María (Cádiz).

This year one of the main novelties is that for the first time the contest will have an important presence of female performers.

The Port of Santa María will once again become a global focus of the classical guitar thanks to the contest whose objective is “to spread the classical guitar around the world and to turn the Port of Santa María into a world reference”, affirms the concert artist and composer Ángel G. Piñero, promoter of this contest and creator of the Classical Guitar Association that also bears his name. “Support young guitarists, aged between 18 and 35 years”, is another of the main objectives pursued by the initiative. 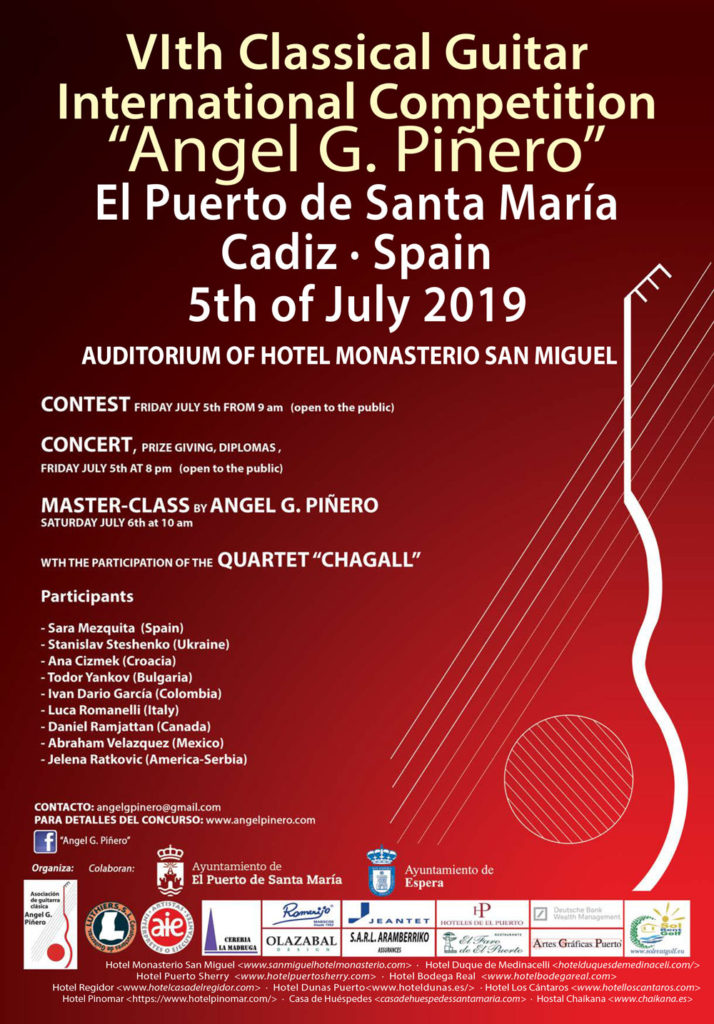